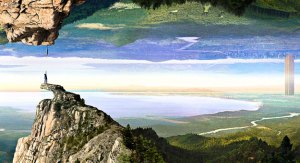 This defiance of gravity goes to 11.

And now for something completely different!!

So, we know we’re getting a couple of Marvel Movie Gravity Feeds this year: Captain America: The Winter Soldier and Guardians of the Galaxy. CA:TWS theoretically releases (at least the “Core Hobby” version) on March 5, to be followed by the Target Exclusive version (or “Mass Market” version–man, I feel like an a-hole when I say “core hobby” or “mass market.” Can’t I just say “comic-shop” version and “Target” version?) at some indeterminate time in the future. 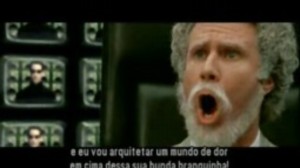 (Yes, that is the new poster.)

Okay, so let’s start with #001 and go in order. Why? Cuz that’s the easiest to predict:

Whew!! That was tough, but we got where we needed to go, people. Let’s double down. Usually, the second fig in a movie GF set is some sort of good guy generic piece. In Thor: The Dark World, it was Einherjar; in Iron Man 3 (these two sets are the most recent comps to CA: TWS, so that’s why we’re looking so hard at them for this) it was Iron Man Mark 42 (aka one of his many armors from the film–not quite a generic, but definitely a good guy piece).

With all that said, I’m going to go with:

I suppose it could be S.H.I.E.L.D. Soldier, or Technician, or Operative or any of a dozen different variations. But for the sake of this prediction (and because at least 3 different actors are credited as “S.H.I.E.L.D. Strike Agents” on imdb.com), I’ll go with “Strike Agent.”

Slot #3 is usually reserved for an “evil” character. In TDW, it was a couple different versions of the Dark Elf Scouts. In IM3, it was Iron Patriot–the Rhodey version, who was actually a good guy. Hmmm… I’m going to say they change it up a little here:

Pierce is played by screen legend Robert Redford and may–or may not–end up being the main villain in the movie. Which leaves spot 4 for the character who’s advertised as the main villain. TDW#004 was Malekith, and IM3#004 was the Mandarin, so this should be a no-brainer:

The fifth slot has been kind of a hodgepodge–it was a generic villain in IM3 and Lady Sif in TDW, so I’m going to say it’s a named hero in CATWS:

We know she’s in the movie, and her piece will probably straddle the Avengers/S.H.I.E.L.D. keyword line like her AVM pieces did.

Speaking of, there are a lot of S.H.I.E.L.D. characters in this movie: In addition to Black Widow, we have Jasper Sitwell, Maria Hill, Sharon Carter, Nick Fury and at least some sort of flashback cameos by Howard Stark and Peggy Carter. Any one of these characters could be Clix’d, along with good ol’ Phil Coulson, who I’m betting does NOT make an appearance in this movie (and this would not be unprecedented; we got “Skrulls” in the AVM GF set along with Odin and Red Skull Chases, even though none of those characters appeared in Avengers. Tyr and Duhg showed up for maybe a combined 30 seconds of screen time in TDW, and yet both got Clix’d in that Gravity Feed set–hell, Duhg was a Target-exclusive rare, and a damn cool one at that!).

So, having said all that, I’m going to go with:

Just feels like he should be right about here. We also have Batroc the Leaper and Crossbones showing up as villains in this film, so next we’ll take:

I know he’s already  been Clix’d, but I think he’ll get a version here where he’s the first Executive Director of S.H.I.E.L.D. with a dial to match. It’s worth noting that with Howard Stark’s slot at #009 we’ve moved into the Core Hobby Rares section, so I guess he’s my first “rare” prediction.

He’s kind of obscure and probably won’t have a huge role in the movie–Duhg anyone? I think he’ll be a Core Hobby rare.

Another high-ranking S.H.I.E.L.D. officer who I think we’ll combo well with other S.H.I.E.L.D. agents. So that’s

He’s gotta show up somewhere. I could also see him being a common and this slot going to ScarJo’s Black Widow, but on movie sets like this they like to make popular returning characters like Widow a Common, so more people will get her. Falcon (as the new blood with a ton of dial possibilities) seems like a much better bet to be a rare. We’ll see! By the way, that’s four Core Hobby exclusive rares, which means we can go right into the Target rares!!

Yep. I’m expecting them to double down on the Winter Soldier. At least. Why? Well, firstly, his name is in the title. And secondly, the main villain (I know, we’re expecting him to be a good guy by the end, but that’s not really relevant for this prediction) always gets a Common and Rare version (at least).

Just as there will be a Howard Stark rare fig, I’m predicting we’ll also get a Peggy Carter Agent of S.H.I.E.L.D. fig (with the Past keyword as well, obviously).

This slot could go to any number of figs–they could opt to do a Rare Widow, a Rare Nick Fury or some Hydra henchman (or just general bad guy henchman) that’s impossible to predict until one has seen the movie. Still, I’m going to try. There are a bunch of Russian soldiers listed in the credits, so it’s possible that they’ll take up a generic slot or too. But there’s also a dude named Machete, so I’m gonna go out on a limb and say he’ll get a slot here as a “named” bad guy. Jasper Sitwell, another S.H.I.E.L.D. agent who will kind of act as the Phil Coulson of this movie, I’m guessing, could go here too, although he feels more like a common. Of course, if Coulson cameos in this flick this spot could go to him, too.

This is almost certainly Cap. Each main hero of the single movies so far has gotten at least one Rare version in their set.

The first Chase slot (Core Hobby). These aren’t always Duo figs, but it would make sense here. I’ve mentioned before how kickass it would be to get a single-based S.H.I.E.L.D. Helicarrier as a Chase fig, but it well never happen (hey, if Yu-Gi-Oh! can have an entire floating castle on a single base…). Which, I believe, leaves ONE MORE FIGURE!!

Well, the only thing better than one Duo Chase is two, right? This would be similar to what they did with Iron Man 3 (and both of those Duos turned out to be awesome).

There’s a remote chance we get another Red Skull Chase if he makes a cameo, or if Alexander Pierce somehow becomes the Skull (there’s, uh, some justification for this in the comics–SPOILER ALERT, I guess), that could be a possibility as well.

So, to recap, my prediction–which is sure to go wildly wrong in just a couple days–is:

If my prediction is even remotely accurate, we should be getting a little boost to Avengers teams (just in time for the end of AvX!), a HUGE boost to S.H.I.E.L.D. teams and a small bump to HYDRA teams.

Good Luck with your pulls, and Happy Building!!

Ninwa and I will be back later this week with some tourney reports and more SLoSH coverage!

2 thoughts on “Defying Gravity (Or, a Prediction of What’s to Come from the Next Marvel Movie Gravity Feeds!!)”