[EDITOR’S NOTE: Welcome to Night Four of the 12 Nights of Clix-Mas 2019!! First, we reviewed the ground rules; yesterday, we hit the ground running with an in-depth review of Call-In Cards from friend of the blog, Roberto Ty! Night Three brought us HypeFox’s look at the 10 best Chases of the year. And now, here’s a rare holiday appearance from writer/co-founder Ninwashui. It’s a Clix-Mas Miracle!!] 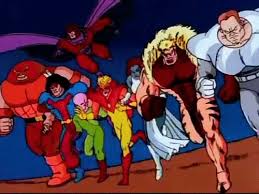 If you don’t remember the Brotherhood team that Roberto and HypeFox ran at the ROC Pauper events in October, they looked like this:

That team was run twice at that event and ended up taking 4th and 6th place that day. While it was not the only Juggernaut build, I am relatively certain it was the only Brotherhood build. In a world with colossal retaliation figures, location bonuses, and ID cards, The Brotherhood of Mutants just can’t compete in the Meta. I mean, none of them are Cosmic, so that should disqualify them right there. 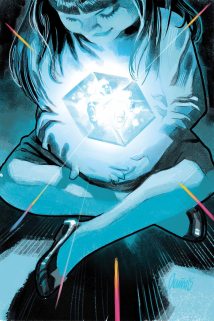 I am the living embodiment of the meta…

But, what if the Brotherhood did try to compete? What would that team look like? My answer would be “largely the same as pauper”.

First lets keep what worked from the Pauper Team. That would be:

That gives us a total of 240 points. So what do we do with the other 60? Lets start off by adding some additional offense since that what’s it seemed to be lacking in the pauper tournament. Sabretooth and Magneto are hard to kill, but they are also are hard to get kills with. Since this is a Meta team we’ll add offense the same way every other meta team does it… with ID cards.

Now, I don’t see Juggernaut ever not attacking since he’s the Juggernaut and that’s what he does. And it’s all he does. Using a card never seems like the right move for him.

By the same token, though, Amelia Vought should be doing absolutely nothing and using cards hurts her effectiveness. That leaves 50 point Magneto and 45 point Sabretooth. I can add up to 4 cards with the team I have so far so I’ll choose:

Those 4 cards total 14 points which brings us to a total of 254. Let’s look at equipment next. Juggernaut can’t use equipment, and Amelia Vought doesn’t need it since she spends all her time doing nothing. That leaves Sabretooth and Magneto. I’ll put in the ABPIS002 Time Gem for Sabretooth and the ABPIS001 Reality Gem for Magneto. This will give the team some additional support powers it was lacking and help it deal with the inevitable dice altering powers it will face.

Those 2 gems total 20 points which brings us up to a total of 274. It looks like the only thing left to do is add another figure. Let’s add support figure XDPSG015P Magneto (25 points). The first thing you’ll notice about this Magneto is colossal retaliation and if you judge him like one of those pieces you will be sorely disappointed. What he really is, is a support figure with Telekenisis and Sidestep – which is a great combo. Compare him to TREKOS006 Lt. Kyle which is one of my favorite characters from the first trek set. This Magneto is there to position your figures, use theme team Prob Control and provide Leadership so that when you start calling in figures you aren’t short on actions. He can also take the occasional shot at the enemy via Colossal Retaliation (followed usually by running away).

Can this team compete with the primarily Cosmic Meta? Maybe. With some testing, tweaking, and practice – this team could potentially place high at a future event. One thing’s for sure, though… your opponent definitely won’t see this coming.

Unless, you know, your opponent read this article. In that case then you are probably out of luck.

Thanks for reading, and let me know what you thought about this team in the comments below!

One thought on “The Ghost of Clix-Mas Present Presents: Team Ideas: From Pauper to Meta!! (Or, the Fourth Day of Clix-Mas 2019!!)”