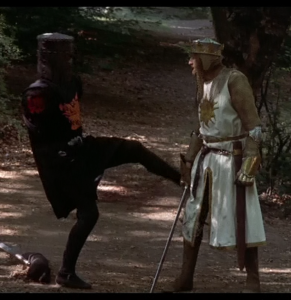 More than any set before it, this set lets Xmen figures treat any injury as merely a flesh wound.

Here are the honorable mentions:

5. HX016 Dr. Alia Gregor (20 points) – I’ve said this before about other pieces, but Dr. Gregor really is a one trick pony and it’s a heck of a trick. Giving bystander tokens +1 to all stats can be game breaking if you have a enough of them. Isaac, Red Ghost, Maggot, Jason Wyngarde, Stegron, and even Mary Jane are much more effective in her presence.

4. HX006 Cypher (35 points) – A perfect support charter except for his soft defense, but that may be offset by KRAKOAN REVIVAL. He has a special barrier, perplex, and my favorite combination of Sidestep/Telekinesis. Plus he’s got improved targeting that ignores opposing characters so he can do fun things like place a barrier all the way around someone.

3. HX018 Corsair (60 points) – His excellent team up card gives the core Starjammers willpower, which turns them into an excellent team. And when the rules for willpower change in April he’ll be even better. The figure himself won’t be used often without the other Starjammers until the rules for willpower change, but after that a 60 point figure with leadership, probability control, enhancement, and improved targetting: hindering might be seen on quite a few different teams. 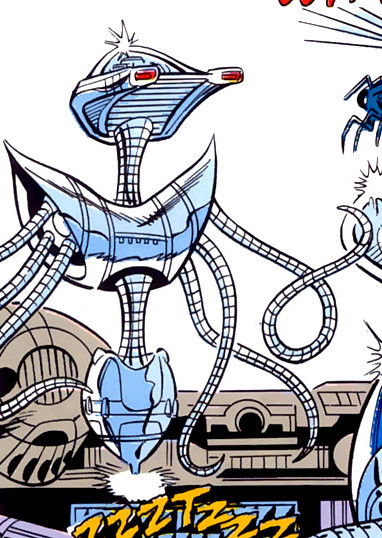 2. HX066 Waldo (40 points) – Speaking of Starjammers that might see a lot of use after the rules change, Waldo will make an excellent taxi/medic for any team that chooses to field him. Whether that’s a robot team, pirate team (he’s the ultimate pirate ship), spider-man ally, or even a non-keyworded team – there is no better piece for carrying figures in the modern age. Throw in his perplex and his free medic bystander and he has skills that any team can use.

1. HX055 Kate Pryde (65 points) – She’s not quite as good of a taxi as Waldo (although still good). The reason I rated her higher than Waldo, is that she is one of the best pieces in the set that can use KRAKOAN REVIVAL. She’s relatively hard to kill, has full dial steal energy, transports her team, and has a chance to unequip opposing characters. I think KRAKOAN REVIVAL is a excellent trait and I have a number of teams I am planning with her. 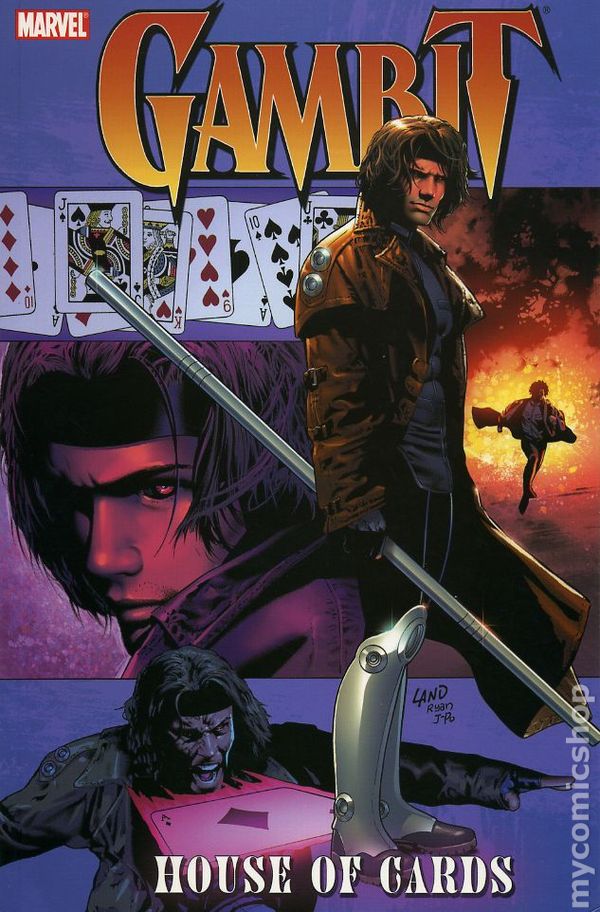 10 . HX052V Gambit (50 points) – If you are running KRAKOAN REVIVAL figures, then you know at some point the other team will have bystanders. With triple target energy explosion and free attacks against non standard characters, he’s one of the best figures in the game for dealing with opposing bystanders. Aside from that, he can see through stealth, has precision strike, and some late dial perplex. His defense isn’t that great, but that’s why you are running KRAKOAN REVIVAL in the first place.

9. HX044E Magneto (25 points) – He packs a lot into his 25 point value single click. He’s not delivering a lot of damage to a single target, but his 8 range and ability to ignore characters for targeting complements his triple target energy explosion nicely. You should be able to target the entire opposing team at once. Defensively, he features energy shield/deflection and mastermind. He might also gain probability control or Impervious from various team ups. And I haven’t even mentioned yet that his 25 point dial features Colossal Retaliation!

8. HX004 Wolverine (60 points)- Just a really good version of Wolverine that gives you the option of using charge with flurry or exploit weakness. And once Wonder Woman comes out the rules will change to allow him to use all three at once. But what really puts him on this list is his excellent team up card with Colossus. It reads “TEAM UP: COLOSSUS Listed friendly character can use Telekinesis, but only to place an adjacent Wolverine. When the listed friendly character uses it, after resolutions Wolverine may use Charge at no cost. (After revealing forces, you may replace character cards with their alternates. You can’t choose a Team Up card if your starting characters share a name).” It is essentially giving Wolverine 2 full sets of flurry attacks in a single turn.

7. HX059AV Apocalypse (75 points)- Where Wolverine make this list because of incredible offense, This version of Apocalypse is on this list because of his incredible defense. He has a full dial of steal energy, a better version of regeneration, damage reducers protected by the cosmic TA, and a trait that heals him the first time he would be KOed. On offense he does alternate between Psychic Blast and Flurry, but his low damage value makes him just an average attacker.

6. HX059BV Apocalypse (150 points) – They don’t say that this is officially the Apocalypse of the Xmen Animated series, but he is. That just adds a whole bunch of coolness to this piece. Defensively this version of Apocalypse has PROTECTED: Mind Control, Outwit, and Penetrating/Psychic Blast. He also has the BEHIND THE SCENES trait that we’ve seen on other figures from the Xmen Animated set. On offense he starts with charge and exploit weakness which isn’t bad because with the behind the scenes trait opposing figures with have to be close to hurt him. Additionally, he can gain any power once per turn as a free action and gives himself and other Horsemen a full dial of Steal Energy. Lastly, he has the ability to create horsemen with his trait that states, “THE HORSEMEN OF APOCALYPSE: At the beginning of the game, you may choose up to 4 friendly characters each of 50 points or less and choose a different effect below for each. This game, the chosen characters gain the Horsemen keyword and their chosen effect. War: Super Strength. Pestilence: Poison. Famine: Adjacent opposing characters can’t be healed. Death: Exploit Weakness.“

5. HX063 Mother (35 points) – This is not a great character design as she will likely never be in position to attack on the opposing team and thus will always take damage when using her title character powers. I don’t play her like a character. I play her like she is equipment for my whole team. The way I play her she will only on the board for 4 total turns and she will likely never leave my starting area. Her second title character power states that when she dies each other figure on the team with the Xmen keyword gets to use perplex for the rest of the game and that’s my goal. I use her for that and let her die. Even under the new rules perplex is still very powerful and giving the power to 3 (or more) figures is well worth 35 points.

4. HX003B Bishop (40 points) – He’s a nice second or third string attacker, but the reason to run him is the shard bystander token he generates. She has a trait that reads, “ABSORB THE AMBIENT LIGHT: Opposing characters can only attack characters within 5 squares of themselves.” Ranged attacks are most of the attacks that get made in an average game and severely limiting the other teams ability to make ranged attacks is a huge bonus. This makes Bishop a great piece to base a team around and lets him be useful in almost any build. 3. HX037B Emperor Vulcan (175 points) – He’s super expensive at 175 points, but he is a killing machine with no weak spot. He’s got a full dial of Pulse Wave while being completely immune to it himself. He’s got a full dial of impervious and invulnerability protected by the Cosmic Energy TA and he also ignores penetrating damage. He’s also got a 10 click long dial and 2 stop clicks. With pulse wave, outwit, psychic blast, and exploit weakness all useless against him every click of damage you do to him you’ll have to do that hard way. There are no shortcuts to KOing this guy. 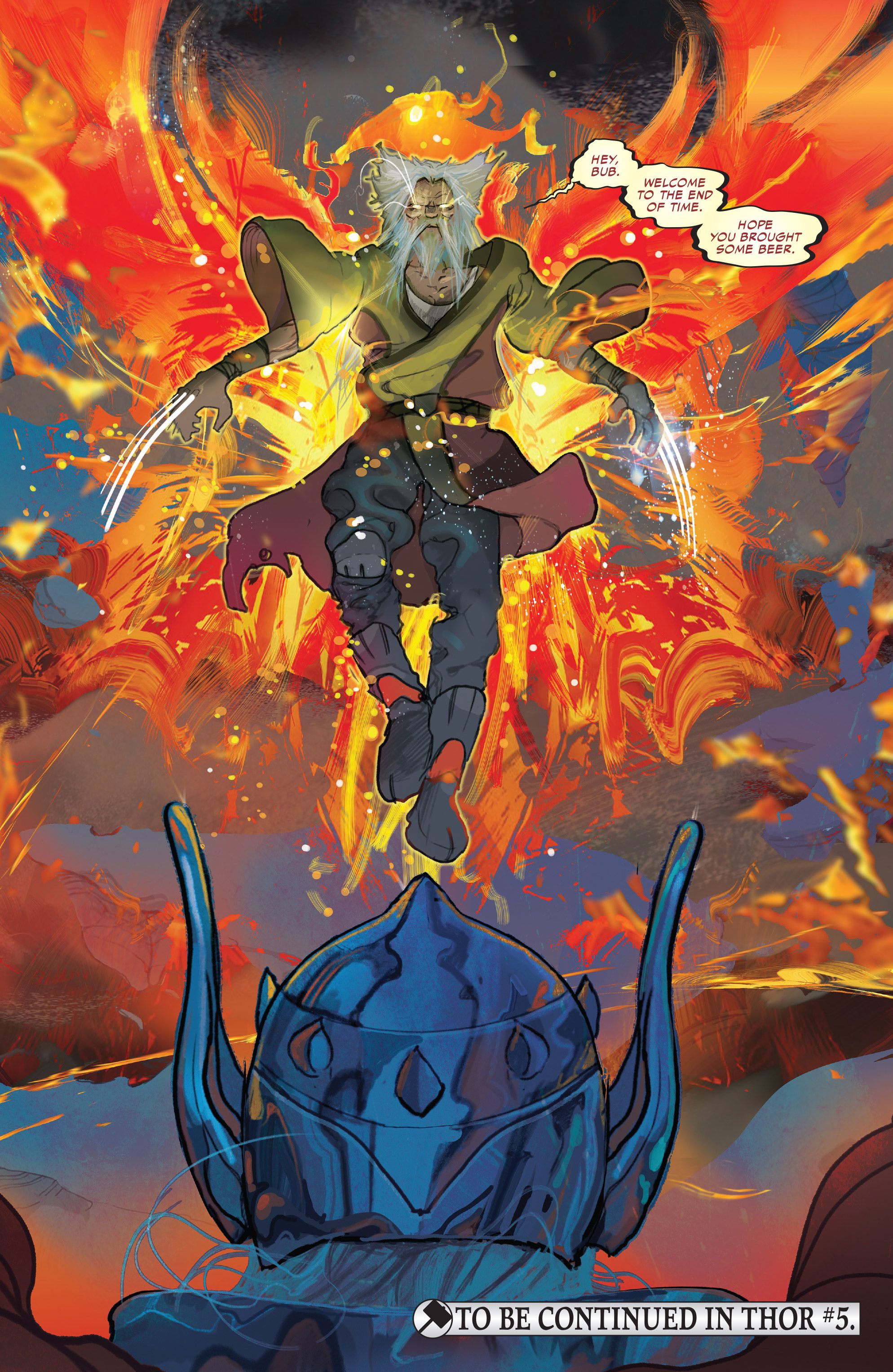 2. HX067 Old Man Phoenix (160 points) – This is the most healing that we’ve ever gotten on on figure. His healing trait states, “MUTANT REGENERATION AND COSMIC RESURRECTION: At the beginning of your turn, roll a d6 and heal Old Man Phoenix half the result.” That’s an average of  2 clicks healed at the start of every turn. So playing this guy really changes any game he’s fielded in. Your opponent will have to throw everything they can at this guy or he’ll just shrug it off and heal back to the top of his dial. Similarly, it’s your job to when playing him to do what ever you can to keep the opponent from focusing on him. Because if this version of Wolverine is allowed to survive long enough, he will kill the entire opposing team by himself. He’s got a full dial of charge, flurry, exploit weakness, and battle fury that will let him carve up anyone if he lives long enough to do it.

1. HX068V • ▪▪ịẬị▪▪ • (70 points) – This is the hardest character to KO in the set that has KRAKOAN REVIVAL and the power of that trait makes him the most powerful character in this set. What makes him so hard to kill is his last click. It has a special power that states, “MY POSITION ON THE QUIET COUNCIL GRANTS ME CERTAIN RIGHTS: STOP. Invulnerability, Mastermind. // When this click is first revealed, after resolutions roll a d6. Heal • ▪▪ịẬị▪▪ • a number of clicks equal to the result.” As long as Apocalypse is next to a character he can mastermind to it’s super hard to KO him. Outwit won’t work. Neither will pulse wave. And he’ll have a never ending supply of mastermind targets thanks to Krakoan Revival. There are ways to get past this stop click on Apoclypse, but your opponent might not be playing the right figures to do so. For more reasons why I like this guy so much, check out my Let’s Build An Excalibur Team!! article.