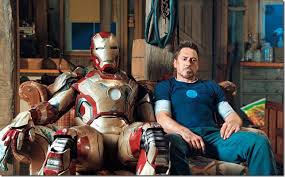 We are time traveling today, folks! We’re journeying to the distant past, waaaaay back, back before even Lydea Mallor roamed the tables and countertops of this planet we call Earth, back when bringing Shuma-Gorath and a Mole Man to a ROC was still legal (whereas now, of course, bringing Shuma and a Mole Man to a ROC will earn you 3-5 years at County). Yes, that’s right, I’m talking about the distant, distant past of six months ago! Invincible Iron Man was released just before Thanksgiving of 2013 (HCRealms.com lists it as November 20th on their Units page; that’s as good a date as any), so it was six months ago that the world was introduced to pieces like the Silver Centurion, Tony Stark, Absorbing Man (the LE) and Iron Pharaoh. What did we learn from this set, and how is it affecting both casual games and the Meta today? Well, to find that out, we’re debuting a new column gimmick today that we like to call…

Q1. Both HypeFox AND Ninwashui weighed in on the merits of many individual pieces–Invincible Iron Man was the subject of the first set reviews published by Critical Missives, right? How did they both do? Would their personal Top 10 (and 5 Honorable Mentions) change if they were assembling those lists today? 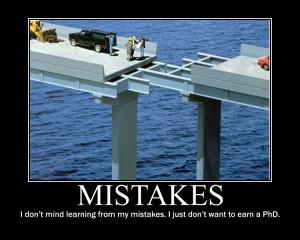 A1: Okay, first of all, that’s like 3 questions. You’re already ruining this gimmick and it hasn’t even started yet! To review, my Top Ten IIM figs were:

While my Honorable Mention consisted of:

So, would I change anything? Surprisingly, not a ton. These lists have held up fairly well. Having said that, if I were ranking IIM figs today, it would look more like this (* denotes figure who didn’t appear on previous lists):

With an Honorable Mention of:

So, what have I learned in the six months that the set has been out and in the four months since I wrote the lists?

Well, for one thing, Iron Pharaoh is reeeeeaaaallly good. 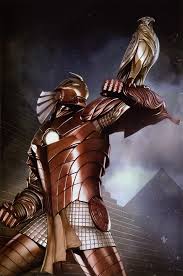 “I could have told you that, mortal.”

Improved Targeting of ANY kind gives you a major leg up on your competition, and the Pharaoh basically gives you Improved Targeting: Ignores the $#%@&^! Map via his Golden Falcon, Sharting (On Your Opponent’s Entire Strategy) Trait. The Dial H guys have pointed out on more than one occasion that ranged-attack based teams have an inherent advantage (all other things being equal) over close combat teams; they’re usually going to get the Alpha Strike. How do close combat teams combat this advantage? Primarily with Map choice (by choosing a map with terrain that aids what their strategy is, whether that’s advancing and hiding behind Blocking or Elevated Terrain), or with Stealth, etc. Well, Improved Targeting is an ability that specifically hoses those few options and turns what was a minor advantage into a MAJOR advantage for the ranged-attack team. And in ranged-attack versus ranged-attack matchups, if one team has Improved Targeting and the other team does not, the team that does–if it’s positioned well–will still have that same Alpha Strike advantage AS IF IT WAS FACING A CLOSE COMBAT TEAM.

And when you add resources that provide things like Sidestep (like, say, The Phoenix Force) into the mix, even common figures that people may have once overlooked (<cough>E Iron Man 001 <cough>, which, y’know, I totally meant to put on my intial list, but, uh, forgot, and stuff, and really, what had happened was…) suddenly become “breakable.” 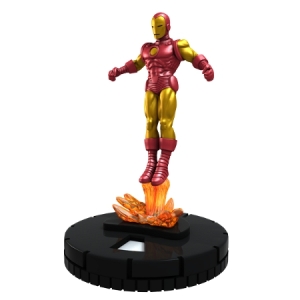 Experienced Iron Man 001 plus Sidestep (whether it’s from the Phoenix Force, or from Agent Sitwell, with whom he shares a keyword, or…) plus the right map choice [think Fear Itself Month 1 (The Raft) or AvX Month 1 (Latveria), or any map with a ton of Blocking Terrain] turns this Iron Man into a piece that can potentially Outwit an opposing character THROUGH BLOCKING TERRAIN AND HE DOESN’T CARE IF SAID OPPOSING FIGURE HAS STEALTH! Then he can attack that figure and then, in this scenario, (this is the best part) SIDESTEP BEHIND OTHER BLOCKING TERRAIN SO THAT HE CANNOT BE RETALIATED AGAINST! He’s basically Darkseid without all the “I cost at least 200 Points” drama! Hell, Sitwell is 60 Points AND provides another Perplex (and possibly a prob, assuming your other figs are also S.H.I.E.L.D. keyword figs like these two). I don’t know about you, but when you factor in the fact that this Iron Man also has top click Running Shot, Invuln and Precision Strike, I’d rather play him and Sitwell for 210 than just Darkseid for 200. Overlooking this piece was probably a bigger mistake than under-ranking Iron Pharaoh–at least the Pharaoh made the list.

Here’s a version of a Dial H Best Build I submitted this month that features this particular Iron Man:

Team Name: Nothing to See Here

Nothing to See here is designed to throw Outwits from every conceivable angle on the board while IM blasts fools through walls. May not win a ROC, but if you win the Map Choice, it’ll be tons of fun to play!

I also overlooked Shaman in a major way. He, too, didn’t make either of my lists–he was one of my last eliminations for Honorable Mention as I recall–but the build possibilities that his Trait (“NO FLIGHT” SPELL: Once per game, give Shaman a free action and until he is KO’d, other characters with “wing symbol” or “transporter wing symbol” have “boot symbol” instead.) grants cannot be overstated. What often goes overlooked on Shaman however is his capability as a secondary attacker–he’s not just a support piece. His first click gives you 10 Attack with TK, 17 Defense with both ES/D AND a souped-up Barrier, and he has 3 Damage top click WITH Perplex! For less than 100 Points!

Look how annoying you can be with him:

Team Name: No Flights, No Tights

This team can double Barrier to protect Iron Pharaoh while his Golden Falcon goes out and treats the map like a Seagull treats a parking lot after a big lunch. If you win Map Roll, yikes. Your opponent better have a non-flying piece equipped with Phasing/Teleport and the Carry ability–essentially, Cloak from ASM (there’s a couple others, but he’s the best). If not, he or she will have to take the long way around a freaking mountain only to be met by a double Barrier tandem who each have the Mystics TA when AND IF you can actually hit them. All the while, Iron Pharaoh will be chilling like the Boss that he is and taking pot shots of at least 5 damage (and it’s quite easy to make that even more) at your best figs after he’s Outwitted their defense. This is the definition of “a bucket of yuck” for your opponent. 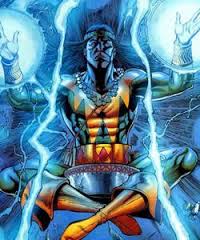 So those two figs are probably the ones I missed the mark on the most. Some other figs whose ranking I would change have gotten stronger (Iron Doom) or weaker based on subsequent releases. For example, Absorbing Man LE has taken a slight hit with the release of figs like CATWS013 Agent 13, who can just void someone’s defense completely, but  overall, Iron Pharaoh and Shaman were my biggest mistakes, I believe. Next question!

Q4. Other than Shaman, what figure hasn’t been exploited in the Meta as much as you thought they would be? And why?

Let’s see… well, to be honest, I’m surprised people didn’t find more of a use for Grey Gargoyle, the Super Rare. His trick of only letting an adjacent opponent clear one token at a time (instead of two if they’d been pushed) and having some pretty good close combat stats made me think someone would find a way to make him really nasty. If you combine him with AvX Professor X, you could really slow an opponent down, but you wouldn’t have much offense in a 300 Point game–or a Theme Team. That seems like a combo worth trying in, like, a 500 Point game. For the Meta, he may just cost too much for what he does. It may be as simple as that.

A smug French dude isn’t worth what it costs to deal with him? Stop the presses!

Q6. What about the Silver Centurion? Is he still as good now as he was 6 months ago?

A6. Okay, I feel like you’re kind of plateauing in terms of the progress you were making with the whole “asking questions” thing. You just asked two questions again! And the first one was barely even a question–what about the Silver Centurion? Oh, you’d like to know if he’s still as good now as he was 6 months ago? WELL WHY DIDN’T YOU JUST ASK THAT INSTEAD OF WASTING YET ANOTHER QUESTION?

I suppose I should just answer both questions by answering the one THAT WAS ACTUALLY A QUESTION! Sigh…

Yes, he’s as good as he was 6 months ago. He still brings a quality secondary attacker WITH HIM, which tends to scare or, at the very least, frustrate anyone unfortunate enough to play against him. His Point cost WITHOUT the Torpedo is still very reasonable (especially since he’s immune to half of the best attack abilities in the game); and, with the Avengers keyword, he can tack on the Secret Avengers ATA to (somewhat) stymie his biggest fear–Outwit. He’s shown up at or near the top of countless ROC events, and nothing’s really come down the pike that really makes him weaker now than he was then. He’s still the best fig in the set. It’s closer now than it was before, but even without Improved Targeting of any kind, he’s still a complete badass and one of the best Primary Attackers in Modern.

I don’t even need to come up with an army to prove my point–just check out the ROC results from the past few months and you’ll see a ton of great builds featuring the Silver Centurion. 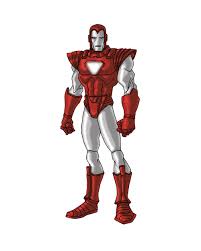 “I’m going to assume I’m in a blizzard and not surrounded by the white nothingness of entropy as it slowly consumes the universe around me. On another note–how sweet does my armor look next to a white background?”

Q8. Can I have more questions?

Q9. What is the power legacy of this set in the current Modern Age format?

A9. Finally! Two questions in a row where you actually just asked a single question! Alright! Well, in terms of power, this set had more pieces that will show up in the Meta than the Marvel set that preceded it, Wolverine and the X-Men. But that’s okay–not every set has to have pieces that are geared towards a single format (in this case, 300 Point Modern Age). WATX had plenty of pieces that are a lot of fun to play, and it introduced Team Bases to the Marvel Heroclix world. It also had some of the most popular Chase characters ever (the Phoenix Five), so loading it up with cutthroat power pieces would have given them less to do when it came time for Invincible Iron Man. Iron Pharaoh has turned up on quite a few Meta teams, but the character itself was never more than, like, an alternate cover–I don’t think there was ever even a story about him. But when he can exist in a game alongside 13 different Wolverines, I think that means that Heroclix in general is actually in good shape. There’s plenty of little things that irk me, but you can play competitive games now with a ton of different characters. That’s a huge step forward from just 14 months ago, when it was Ghost Rider and… well, and nothing else. It was just Ghost Riders as far as the eye could see, each one giving the next a Penance Stare. 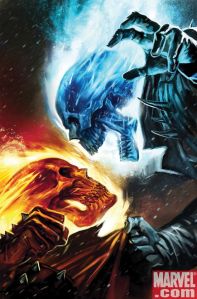 A10. That was probably your best question. I’m glad you saved it for last. Anyway, the Ghost Rider giving the Penance Stare would end up here: 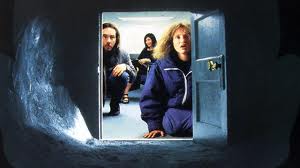 All paradoxical loops inevitably lead to John Malkovich’s head. And thank you for RUINING THE FIRST OUTING OF OUR NEW GIMMICK WITH YOUR HORRIBLE QUESTION-WASTING!!

Back later this week with some AvX Month 3 Tourney Reports…