I thought my two character spy team was pretty meta. The Supreme intelligence got clicked to click 2 granting Superman full dial Stealth and Willpower and purposely never moved past that point. So both Characters had stealth and the ability see through hindering terrain. Additionally Superman got Shape Change and Super Senses on his first click until making his first attack. I envisioned Nick taking shots and Superman Flying him away as the opponent closed in.  Additionally the team was only two figures so the opponent couldn’t just KO one little figure like a retaliator and run away from me the rest of the game.

I expected to face Uni-mind, Shredders, and this PJ Bolin team where ADW chase cap rides around with General Lane, Beta Ray Bill, and Overdrive. Against the Uni-mind I could see through his stealth if he chose it and use the Watcher Eye to cancel on of his powers (including Perplex). Against Shredders I was going to lean heavily on the invincible, Stealthy, Hypersonic Superman. The Shredders would have been hard pressed to damage him. Against the PJ Bolin Team I was hoping to use Hypersonic Superman or the All-new Wolverine call in to Damage beta Ray Bill. Once that figure takes a single click of damage the whole team is exposed.

I didn’t know how long Mangog’s Dial was and with the support characters he had with him I judged (correctly) that I wasn’t going to stop him from pulling the Odin Sword. Instead I KOed everything except Mangog and the Bizzaro Green Arrow He was carrying and got my team to a stealth patch hidden in the middle of the map. I was able to finish off Bizzaro Green Arrow, but then his Mangog landed some nice shots on Superman (who thankfully has 8 clicks) with Giant reach before time was called. I missed a bunch of rolls that game, but still got the win. Had the game gone longer I am not sure who would have won, but time was called and he only scored 8 points worth of ID cards.

I started of with a positioning mistake and he made me pay for it. I went behind blocking instead of staying in stealth. He moved up overdrive, had Cap use outwit and put his damage to 3 with enhancement and attack to 12 with perplex. I still got Shape Change and Super Senses with Superman so the odds were in my favor that this attack would fail. He hits his attack roll easily and I miss both of mine. Superman loses Hypersonic and the opponent’s whole team is sidestepped backwards by Overdrive so that I am out of range for ranged attacks. He is just close enough that I can use Superman to call in All-New Wolverine and send the Jonathan token after Beta Ray Bill. Even after the perplex from Wolverine and a Probability control reroll from Nick I can’t get a seven. He stays there an additional turn so that Overdrive isn’t taking pushing damage. I get two more chances with Jonathan. Both miss. Superman has to clear and Nick can’t see to get a shot because of Beta Ray Bill. The next turn he KOs Superman and I don’t get to make any more attacks that game. Kind of a bummer to lose to a team I knew I would see that day.

The match was a stalemate for most of the time. We couldn’t really see a good way to approach each other.  I had Nick take some pot shots against his team, but Bizzarro was adjacent to everyone and Dr. Frankenstein was easily healing the damage as a free action. I finally decided to try to rope him in. I landed Superman 8 squares away from his team in stealth knowing that he would summon Elseworlds Green Arrow and target Superman. I figured my Shape Change and Super Senses combo had to work this time. The next turn played out like I thought except that again I missed my rolls and he hit his roll. Superman took 5, but he’s still 8 squares away in stealth. On my next turn I stupidly took a shot with Nick (hitting) and cleared Superman’s action tokens instead of just running. It was stupid because of course the damage was healed with a free action and now Carnage could come after a wounded Superman. Unfortunately, I hadn’t realized that the Supreme Intelligence was there to grant Dr. Frankenstein Side Step and TK or I could stopped that with a free action from Nick. He sent a 12 attack Maestro with Flurry at Superman and that was it for him. Nick Fury actually put up a good fight, but the healing from the Bloodaxe and the retaliation from carnage was too much for him.

After that I dropped and took my lousy rolls to a battle royale. I missed literally every attack, took fourth, and still walked away happy with an Earth X Cap and SR Venus De Milo.

What would I change if I had to do it again? I liked my team. With better rolls and better placement in game two things could have gone different. Knowing the dial for Bizzaro Green arrow would help too. I think game three I was at a disadvantage, but against most teams there I had a relatively good matchup. I would have liked to have faced the shredders team that I heard eventually won. My two characters work well together and I would run them again. 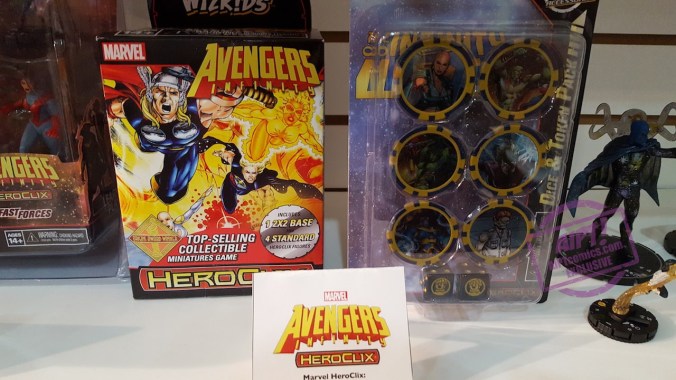 Hi There! It’s been awhile (well, we’ve been tweeting up a storm the last few months, but still!).

Fresh off getting my butt kicked at the Spring WKO (look, I’d write about Call-Ins ruining the game, but it’s been discussed to death and Wizkids apparently has market research to show that people like extra value inserted into packs via things like Equipment or ID Cards, so, they’re not going away anytime soon… ), today we’re starting to get ready for one of the biggest sets of the year.

Spoilers won’t start for a little while yet, so now is the perfect time for some of our patented Irresponsible Speculation!!

Here are eight things I hope we’ll get in this set! 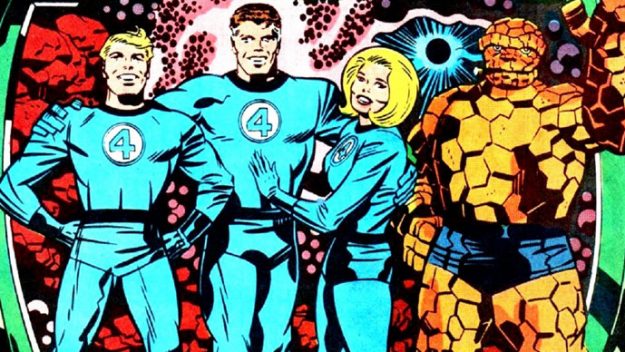 Okay, I like the FF as much as anyone, but the two characters I’m really talking about here are Silver Surfer and Doctor Doom.

Unfortunately, both of these characters are probably still on the ban list until the Disney/Fox merger is complete (probably 16-24 months from now).

Still, Surfer (and, to a lesser extent, Doom) were big characters in the original Infinity Gauntlet (from which many of the characters in this set come), so their absence would definitely be missed. 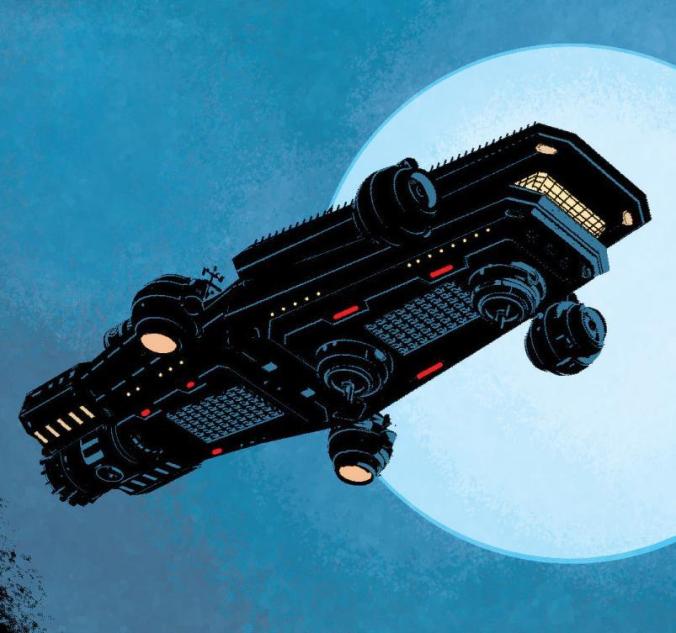 We know we’re getting vehicles in this set (Spider-Mobile!!); we know that at least one of those vehicles will be S.H.I.E.L.D.-related (Nick Fury’s flying car!); and you’ve even given us special Helicarrier maps in the past, so we know you guys are familiar with them!

Brainiac’s Skull Ship proves that you don’t mind making big ships, either! So the time has come for everyone’s favorite flying gunships to enter Heroclix! 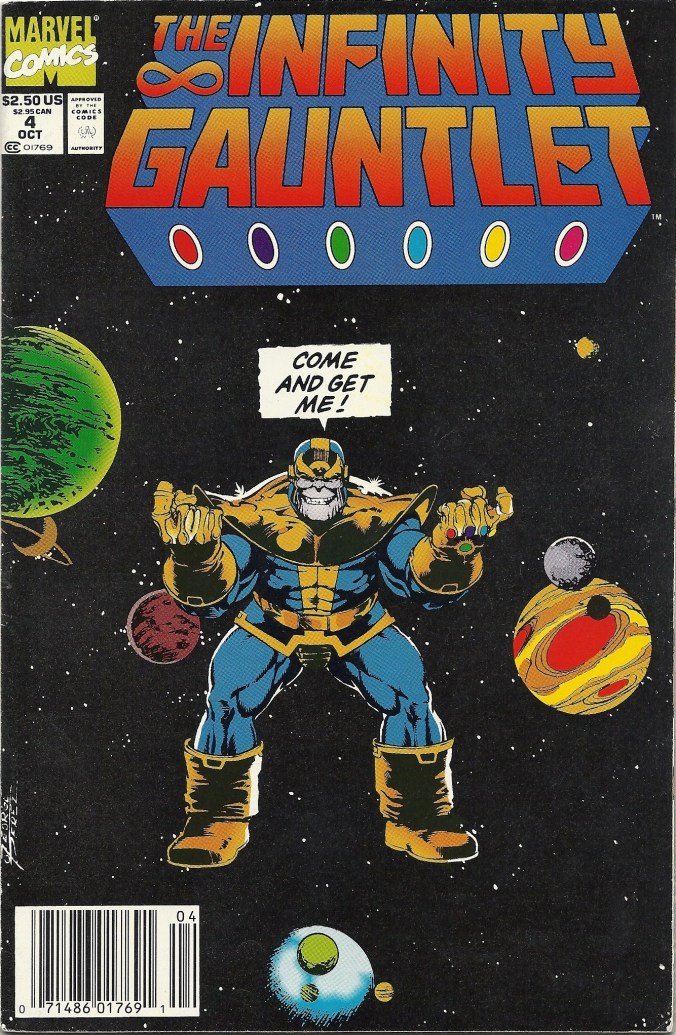 The Title Character mechanic has been a lot of fun (and so far, not nearly as overpowered at it first might have seen, although Ninwashui and I still think Title Character Thor has a lot of untapped Meta possibilities), and Title Character Thanos would have the potential to be the coolest one yet (and this wouldn’t be a bad pose for his scuplt, either).

They wouldn’t necessarily have to give him the Infinity Gauntlet on this piece (although a Chase series of characters who have all wielded it at some point would be cool–hmmm, maybe there were really 9 Things I should have written about for this article), but Thanos is certainly deserving of the Title Character treatment considering he’s long been one of Marvel’s greatest villains. 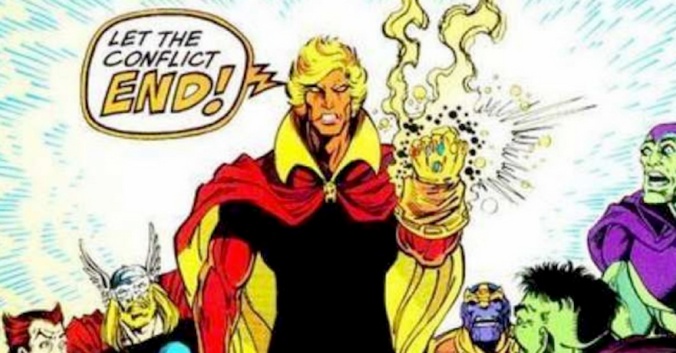 And, in keeping with the recent trend of two Title Characters per set, who better for the second slot than Thanos’s greatest foil, Adam Warlock?

In addition to being one of my favorite characters, Adam Warlock was pretty much THE MAIN PROTAGONIST of Infinity Gauntlet (you can argue that Thanos was still the main character of the story; you can also argue that, from a certain point of view, Thanos was actually the protagonist in a weird way and Adam Warlock was the antagonist of the story, keeping Thanos from what he most desired–is it clear that I loved this story and have read and thought about it WAAAAY too much over the last 25 years?). 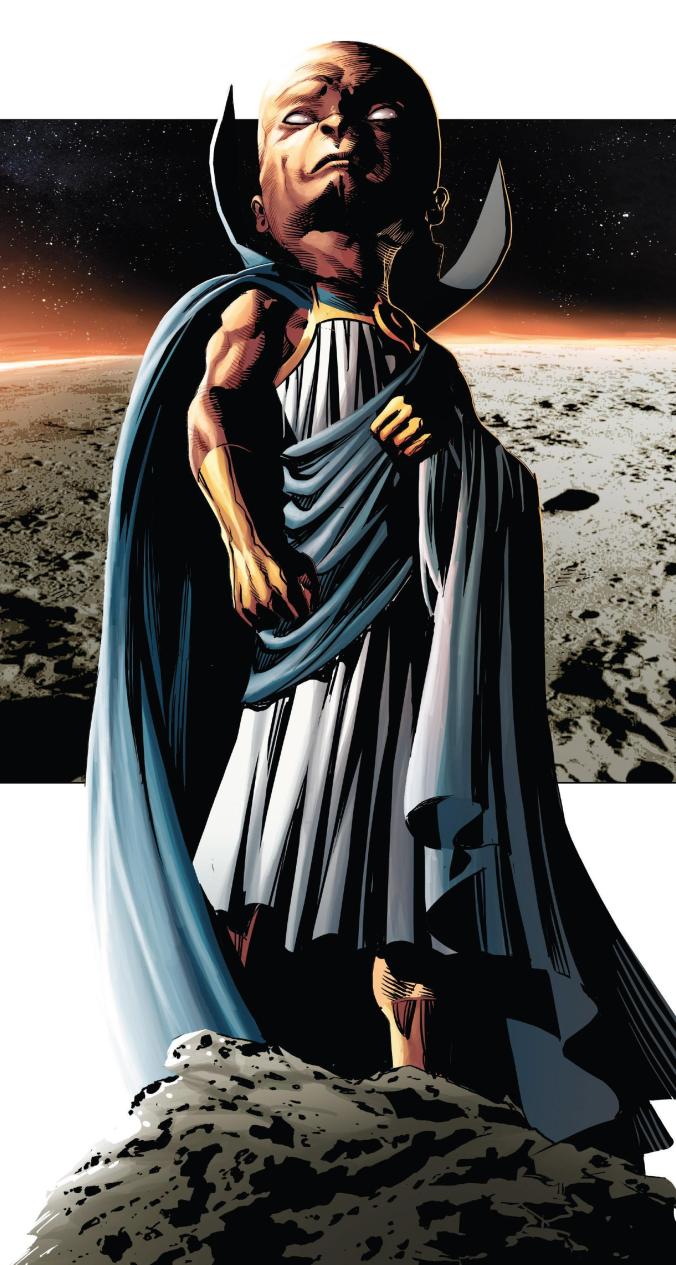 We haven’t gotten a Watcher since Galactic Guardians and this is the perfect time for an update!

I really liked the way the GG version played, which could fill different roles on your team for different point costs. Really, if they just updated the sculpt and Uatu’s stats, they could pretty much just release the last dial they made for him!

Look, we just got Equipment in Thor, and since then, virtually nothing. Give us some Infinity Gem Equipment inserts!!

This is almost too obvious of an idea for Wizkids to actually execute, but I would love to see it.

Who wouldn’t want to outfit their team of choice with the six Infinity Gems?

Oh, speaking of that… 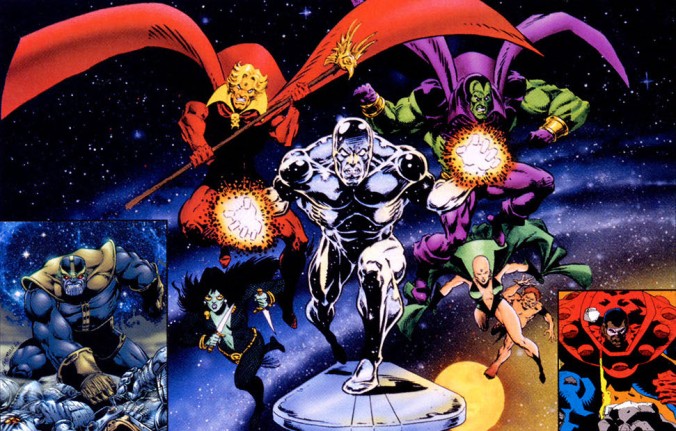 2. Full Roster of the Infinity Watch!!

See that guy in the lower right corner? 12-year-old me remembers his name–Maxam! And for a time, he was an official member of the Infinity Watch–and he remains un-Clixed!

We know we’ll be getting some Infinity Watch pieces in this set, so it’s time for Wizkids to give us the WHOLE team! So yeah, we want Maxam, for sure, but the Galactic Guardians pieces haven’t aged well at all, so go ahead and give us updated versions of the entire team!

(For the record, that’d be Adam Warlock, Thanos, Drax, Maxam, Pip the Troll, Gamora and Moondragon.) 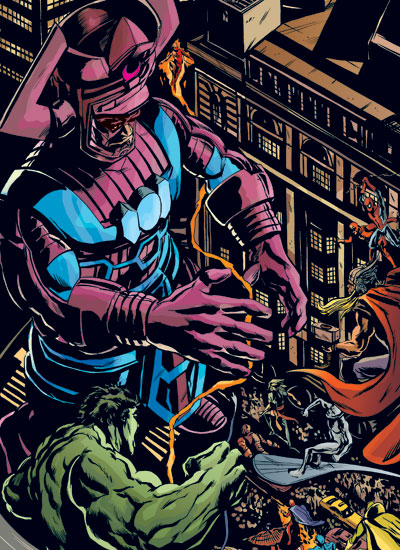 Yeah, he’s also tied up with the FF license Disney is trying to get back, but we’ve gotten a Zombie Galactus in the last few years, so he’s always a possiblity. But the unique nature of this set would allow them to give us a Modern Galactus that could be pulled right from a normal booster, something that’s never happened with a Galactus piece!

Okay, that’s my list! What’s on yours? Let me know in the Comments below!