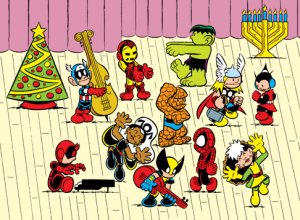 Hello! And welcome to the first NIGHT of Clix-Mas (the gimmick seems a little less stolen if I just change it from the 12 DAYS of Clix-mas to the 12 NIGHTS of Clix-mas! Yay! A Festivus for the rest of us!).

For today’s entry, we’re gonna talk about some direct feedback I received from local venue-goer–and fellow Nekron winner!–Matt, who pointed out that Black Talon wasn’t among the figures I highlighted when we were ROC’ing the Meta a month ago (Part 2 can be found right here).

Matt made his case that the ability to Mind Control friendly figures in general is still a viable strategy in the Meta, even with the rotation of GG Mole Man.

Also, he felt that Black Talon brought a lot to the table beyond that and, thus, was definitely a Meta-worthy fig. And you know what?

I just don’t agree with him.

Insomuch as Black Talon being a difference maker in the current ROC formats (like many pieces, you can rapidly fix a lot of his flaws with an Entity or Resource).

But there’s many who would with Matt–including some very high-level players. Heck, the Dial H for Heroclix crew just listed Black Talon as one of the top Support pieces out there, considering everything he’s capable of.

Let’s take a quick look at him: 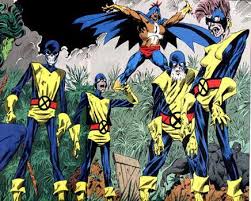 “Yessss! The only thing more effective than the original X-Men: actual ex-men! Cuz… cuz they’re dead. Get it? <Sigh> Yeah, that was a long way to go for nothing.”

He has five clicks total, but he starts out with Charge and Blades/Claws/Fangs with a 10 Attack, so he can definitely be a Tertiary Attacker or even a fringe-y Secondary Attacker (to use a baseball scouting term). But the best reasons to play him are his Trait (POWER OF THE LIVING LOA: When Black Talon uses Mind Control, you may place a KO’d opposing character in an adjacent square on its starting click, and that character becomes the target. After actions resolve, that character is removed from the game.) and his Special Damage Power (CONTROL OF THE MINDLESS UNDEAD: Black Talon can use Mind Control with a range value of 8, and when he does he may target friendly characters. If all of his targets are friendly, a lower point value, and have the Monster keyword, he may use it as if had 3 bolts.).

Forget that last part of “Control of the Mindless Undead”–you’d almost have to hamstring your Build just to have a chance to get it to go off. No, the reason people play him is for the first part of that power–the ability to target friendly characters with Mind Control (and with a very healthy Range of 8, at that!).

So, the concept behind armies that feature “friendly Mind Control” is to, essentially, cheat the batting order. Basically, you want to play your friendly Mind Control piece with a heavy hitter that you think can break the game if they get to attack more than their fair share during a turn. To continue the baseball metaphor, in other words, you’re trying to fix it so that your best attacker(s) will attack  twice in one Round.

Yup! This man is the face of our franchise (and the best hitter on the planet!).

One of the problems with this strategy is that you can most definitely miss with the Mind Control roll, and suddenly you’ve wasted an action from one of your support pieces AND a potential strike from one of your Heavy Hitters.

Also, specifically in Black Talon’s case, he doesn’t give you ANYTHING in terms of actual supporting powers such as Support, Prob, Perplex or Outwit. Not unless you outfit him with an Entity or a Resource or something.

The Meta (as far as the ROC goes, I mean) has shifted away (for the most part) from this strategy recently because there are now a lot of options to get multiple attacks in one turn with a really good figure who doesn’t have to rely on a dice roll to be able to make that second attack.

–Anyone who can Charge or Hypersonic Speed and Flurry. Best Example: WOL053B Zoom (Black Lantern)

–Any figure who starts with or can get Duo Attack. Best Examples: WOL107 Kyle Rayner or CATWS018 Captain America and Black Widow

–Figures who have other Special Traits or Powers that let them attack or cause damage twice in one turn. Best Examples: GOTG050 Proxima Midnight, DP053A Speed Demon, DP053B Whizzer or DP057 Tiamat

–Figures with Penetrating Poison (or even just Poison). Best Examples: Like, every Red Lantern.

What do most of these figures have in common? Yup! You can find most of them being used by high-level players in the latest ROC results. Now, just because serious tournament players are using the heck out of a certain piece doesn’t mean it’s necessarily awesome–sometimes people screw up, even at that level. But it usually means there’s something very efficiently exploitable about a piece.

All of which is to say, Black Talon is good. Great, even, and he IS viable in the Meta–so Matt was right.

However, if you really want to win a tourney like the ROC, leaving yourself flexible options while taking as much risk as possible OUT of your gameplan is key. That’s why I prefer figures with built-in mechanisms for multiple attacks, as opposed to having to roll for it. 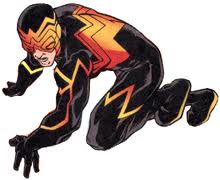 Well, that’s all for Night One of the Twelve Nights of Clix-Mas!

Join us tomorrow for a special (and long overdue!) Tourney Report!

Until then, stay safe, and watch where you draw those lines of fire!!