[EDITOR’S NOTE: This article is part of the 12 Nights of Clix-Mas, an ongoing Critical Missives Clix celebration wherein we’re trying to publish new content for 12 straight days. If you’ve missed anything, you can check out Night 1, Night 2, Night 3 or Night 4 just by clicking the preceding links!] 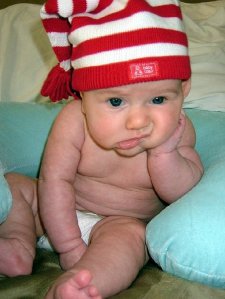 So we’re just about to that time of year when ‘Clix news kind of goes dark for awhile and there’s not much happening in the Heroclix world. Flash was great, but December and January generally don’t bring much in the way of new product (there may be some Attack Wing or Yu-Gi-Oh! stuff going on, but that’s about it). Which is fine. February is gonna start a string of four straight months of major releases (JLA: Trinity War, Avengers Assemble, Avengers: Age of Ultron and, um, Avengers: Age of Ultron–and those are just the bigger sets!), so, honestly, a lot of folks could probably use the breather (I know my wallet could).

Even talking with some of the folks at my local venue, I know this is the time of year where general Heroclix fatigue starts to set in a little bit. I’m personally psyched for JLA and Avengers sets, but I know some players who were much more excited about visiting more of the strange corners of the Marvel and DC Universes in the Deadpool and Flash sets. Which is fair enough. The point is, at some point, everyone probably needs to take a breather–even if it’s from a hobby that you love.

Personally, I love gaming in all sorts. So today, we’re gonna take a look at some other games that readers of this blog might find interesting to pursue while we wait for February!

Heroes of the Storm

Activision/Blizzard has been making addictive games for twenty years, but most of their games have a strong sci-fi/fantasy element that may appeal to folks who enjoy spinning dials on miniature versions of their favorite comic book heroes. The other important thing about Blizzard games is that they’re constantly evolving; not just with big expansions that you have to buy separately (although their is that for World of Warcraft, Starcraft II and Diablo 3), but with monthly–or in some cases, even weekly–patches that constantly create new goals and rewards for players.

The other things that really sets Blizzard apart is their storytelling and their wonderful roster of characters. In many circles, Sarah Kerrigan, Jim Raynor, The Lich King, Thrall, Malfurion and Illidan, Deckard Cain and Diablo are just as iconic as Captain America, Iron Man, Superman, Batman and Wonder Woman.

Now, the two games I really want to focus on here are Hearthstone and Heroes of the Storm. Why? Because they’re both (theoretically) free to play.

Hearthstone is an online Collectible Card Game featuring characters and settings from the Warcraft universe (specifically World of Warcraft). While you can certainly buy expansion packs with cash (at a sliding scale if you buy in bulk; expect to pay between about $1.16 and $1.50 for a pack of 5 cards), you can also earn in-game gold by completing daily quests to buy the exact same packs. Also, the game gives away packs at certain times (for example, if you logged in during the launch of the newest expansion, Goblins Vs. Gnomes, you were rewarded with 3 free packs).

There are also deck-specific cards that you can earn for free as you play through the tutorial for each character class.

In the long run, you may end up investing a little money, but the barrier to entry is low. It’s not the perfect CCG, but it has a lot of potential and it’s a pretty shallow learning curve that offers it’s own Meta game once you get the basics down.

Heroes of the Storm:

This game isn’t even out yet, but it’s already generating a lot of buzz–and you can sign up for the Beta right now on their website! Described by its own developers as a “team brawler of heroic proportions,” Heroes of the Storm plays almost like a RTS version of Super Smash Brothers. Basically, you choose your Blizzard cannon hero, get teamed up, and try to take out your opponent. As previously stated, folks are eagerly anticipating this game’s release, and it should be free to play.

This is a Social Networking game I got hooked on back in 2012 and have occasionally revisited ever since. Like many games of this sort, it is free to play, but only to a point. You can advance in this game and never spend a dime, but it will be slow going.

Basically, you play as yourself AS A S.H.I.E.L.D. AGENT, and as you go along you start collecting different Avengers to assist you (as playable characters). This game features an obscene amount of grinding, but there is a sort of Pokemon-style satisfaction that you get every time you collect a new playable character. Each character can also be outfitted with different items and leveled up, so there’s plenty to do. Also, the developers’ definition of “Avenger” is pretty loose–yeah, you can add Cap and Thor to your team, but you can also earn part-time Avengers like Moon Knight or Tigra, or even never-really-was-a-proper-Avenger characters like Squirrel Girl. Some of the most powerful characters in the game are actually villains that you earn the right to add to your team (guys like Magneto or Doctor Doom).

This game is definitely a time suck, but, like I said, you can play it for almost no money. 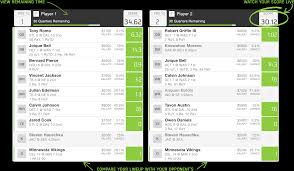 This one’s for the ‘Clixer who’s also a huge sports fan. Fanduel offers daily fantasy leagues (entry fees start at as little as $1–you can pay through PayPal) that pay out real money (DISCLAIMER: This site deals in real money, so if you’ve had gambling issues in the past, please stay far, far away…) as soon as that day’s games end. All the major sports are available to play (when they’re in season).

The way it works is pretty simple. You get a salary cap (usually around $60k); you select your roster of players; and then you watch as everything your players do that day earns you points. If you’ve picked wisely enough, you’ll usually earn back your entry fee (although you can win a lot more, too). If you haven’t, well, there’s always tomorrow.

From a Heroclix perspective, what I like about playing this sort of Fantasy game are the decisions you have to make when building your roster. It’s not unlike how you would approach building a team in Heroclix. You only have so much available capital to use, so you can’t just take every superstar you want (in the same way that you usually can’t fit more than one high-cost figure onto a 300-Point ‘Clix Build). You want Lebron James on your NBA team? You can have him, but it may mean starting Khris Middleton in your other Small Forward spot. Who’s Khris Middleton? Exactly.

Well, that’s it for today. But if your looking for a cheap (-ish) gaming distraction while we wait for next year’s new offerings, hopefully something above strikes your fancy!

And tomorrow night, we’ll be right back here for Night 6 of the 12 Nights of Clix-Mas! We’re gonna take a look at the WORST figures in Flash!

Until then, Stay Safe, and Watch Where You Draw Your Lines of Fire!!