The Format: 300 Point Modern Age. Anything goes. I am limited only by my desire to be cool and my desire to avoid being cheesy. I will likely bring several teams and try and field one appropriate to the level of cheese in the room. I don’t want to give away wins by having an under powered team, but I don’t want to blow everyone out all night with no chance of them winning either. I like to play for the experience and not the prize.

My Team Choices (Listed in Order of Cheese):

This is why Black Bolt won’t let his brother watch the Matrix – ever.

Lockjaw is there for tie up and transport. Use his Perplex on his own Defense and you’ve got a 19. Add his Probability Control to that and even a figure with a 12 attack is more likely to miss than hit him.

Like I said in my GOTG set review, Maximus is what really makes the Alpha Primitives deadly. He provides Outwit, Perplex, and a Mole Man-style Mind Control. When you consider that he can make two Alpha Primitives himself, after the game has started, you get to play 360 points versus your opponents 300 point team.

Thane has the best Support power I think we’ve ever seen (INHUMAN HEALER: Thane can use Support. When he does he and/or the target may be adjacent to an opposing character. Once per game, Thane can use Pulse Wave as a free action. When you do, he can’t use Support for the rest of the game.). If you are willing to sacrifice him–or at least leave him vulnerable to a counter-attack [EDITOR’S NOTE: Bleeeccch. With Thane having top dial Invincible, without Outwit there’s really no way to even counter-attack him effectively if he cripples your best attacker]–then he can also dish out more punishment in one turn than any character we’ve ever seen near his point cost. He makes a great support piece, but an even better Primary Attacker– especially if you are able to spare a Perplex or two for his Attack Value. Assign the Terrigen Crystal here.

This was likely the team I was going to play, until some guy wrote this exact team up on a FB forum I follow today. I spent money and bought the pieces I didn’t have. Now it seems like I am copying. Sigh… 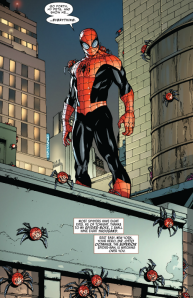 Where is a robotic fly swatter when you really need it?

The idea is to make Superior Spider-Man nearly impossible to hit by equipping him with two Spider-Bots (Mark 1) and making his Super Senses rolls only miss on a one or a two. Secret Avengers ATA helps keep his Defense from being Outwitted. So does Spidey’s native top dial Outwit and Iron Monger 2.0’s top dial Damage Special Outwit that can’t be countered.

The battle plan here is to send Spider Man up close and keep Iron Monger 2.0 at maximum range. When you get close enough to an opponent, make a Spider-Bot and use it to tie up the opposing piece. If they spend an action to blow up the Spider-bot then Iron Monger’s trait says they take a damage. The best part is that that’s their action for the turn and you can make a new Spider-bot as a free action next turn.

HypeFox made this a team of the week once in a Weekly Round-Up after I gave him the idea [EDITOR’S NOTE: Yeah, but I thought up the Team Name, genius, which is, like, 90% of the work!]. I recently acquired the pieces I need to play it. It’s a strong contender. 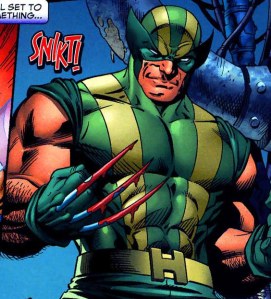 How not to open a can of red paint.

FIR100C The Book of the Skull (with all hammers except Nerkkod’s Hammer) [EDITOR’S NOTE: Oooooo, I hope we play on a heavy water map!]

This team is pretty simple. Equip Zola with Nul’s Hammer and then use Willpower to make a Gwen Stacy clone once every other turn. Repeat until your opponent makes you stop. In the mean time you can use the Book of Skull and your three remaining characters to give your team power cosmic. When the opponent gets close, engage with everyone except for Zola. The more Gwen’s the better. 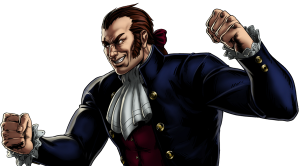 As Long As Our Love (And My Head) Survives: (Hellfire Club Theme)

Originally posted here. I proved my team building superiority by making it the greatest Lantern build ever (well, except for my Blue Lantern build [EDITOR’S NOTE: Do not play that damn Blue Lantern Build. I ain’t trying to deal with a 4% chance of damaging your &^(&^& Superior Spidey, which I never should have traded you.]). HypeFox glossed over it in the article and neither of us has fielded it yet so it might be time to test just how bad-@$$ this team really is. I also may change the team name to “Quit Hittin’ Yourself.”

If I were addicted to winning I would play this team.

Patrick Yapjoco won a ROC qualifier with this team so you know it’s power level is top notch. I can’t tell you more about playing this team because I’ve never done it. However, the fact that Copycat gives HypeFox nightmares makes me want to play it for that reason alone. I’ve named it most cheesy of the teams today due to the simple fact that it has a resource, a team base, and it’s a known tournament winner.

So there they are–all my choices. Look for aBATTLE REPORT to find out how I did!