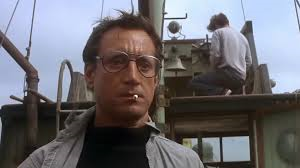 Yes I realize this is different than what I posted I was going to play in my earlier article, but I felt two team bases as my “team” might be a bit too cheesy for my venue.

Round 1: Played against WXMT005 Shi’ar Imperial Guard and WXM052 Lilandra. Turn 1 I pop off Cannonball from my Team base and move Magik and Professor X 5 squares from the starting area into hammer dropping range. I roll the Team base Asset Dial and I have Magik showing (my team base gets prob). I have never played against the Shi’ar Team base before. Turn 1 my opponent uses “INTERPLANTARY JUMP” to beam himself across the board and base my team base. He then flurries for two six damage shots and does a close combat attack for 5 damage that misses. My team base takes 11 clicks of damage and is just about KOed. I used 3 probability controls and he only missed once. Immediately following that attack Lilandra recalls the team base back to her side of the board. It’s now essentially my 400 points vs. his 600 points and I haven’t even gotten to roll the dice to make an attack yet. Thankfully he can only interplanetary jump once, but the game continues to be lopsided. Phoenix 5 Magik does get in a nice opening hit with her high movement (12), running shot, and range (9). Eventually with the Imperial Guard’s 3 actions a turn she is knocked off her best clicks. At that point the Shi’ar are on click 7 and I have to figure out how to get through impervious with severely wounded (P5) Magik, Cannonball, a severely wounded Wolfsbane, and Professor X. My bright idea was to have Professor X mind control the team base and use it to attack Lilandra. I actually hit the team base, but I roll a 4 and miss Lilandra. The only person taking damage there was Professor X. (see my previous article “Power Placement” for why that’s funny.)

The Shi’ar team base is just ridiculous. I think we could have played this match 10 times and I would have lost at least 9 of those matches. In all his matches that day that player didn’t bother to use solo adventure, roll the asset dial, or even use Lilandra more than one time a match. On top of that, his dice were hot too. The only time he missed during our whole match was once in the first round onslaught. Ouch.

Round 2: Played against TTG001 Trigon and BM001R Batman. So this player snuck Batman around the side and sent Trigon right up the center. With Trigon’s 20 defense, Impervious, and Shape Change I knew it was going to take a lot to crack that first click. We each covered our approaches with free action barriers and Magik’s superior range and movement meant she got the first shot in. He rolled a 1 on shape change. I rolled an 11 to hit. He got a two on  impervious. And before he even got an attack off, he was on click 4. Then he got an attack and missed. Then Magik pushed and hit again. That’s pretty much how the entire match went. My dice never missed and his scored only one hit the entire match. Batman even whiffed twice with flurry.

He ended up getting two crit misses that match and I got two crit hits. I felt bad for him. I’ve been there. You can plan for a month and get the best figures available, but extremely bad dice versus very good dice is a loss every time. If we played again I feel my team would a slight edge in a matchup.

Round 3: Played against IG008C Thanos (Issue #3), (summoned) IG009 Terraxia, IIM038 Iron Man, IM3008 Aldrich Killian, FI301 Splitlip, FIR100C The Book of the Skull (complete). This was HypeFox’s team. In the beginning Splitlip gave him a hammer advantage. I think I equipped 3 by the time he had equipped 7. The real problem here is that he had one primary attacker (Thanos) and one real secondary attacker (Iron Man). I gained an advantage by using my free action barrier to wall off Iron Man so he couldn’t take a meaningful action most turns. Terraxia was eventually a problem, but her lack of improved movement or flight meant that by the time she got in position to attack me on my side of the board, Thanos was already KOed. Thanos was very good, but he was basically taking on my whole 600 team by his self. He had two probability controls targeted at him and that was just a lot to roll through. He did injure both a good amount, but the team base and (P5) Magik were too much to overcome. In the end it was a single target incapacitate from professor X that KOed him. (Again see “Power Placement” for why that’s funny.)

The turn Thanos was KOed Terraxia arrived on the scene. She missed an attack on Wolfsbane and then my assembled team focus fired on her. Dead Terrexia. Because of Iron Mans power I had to approach him if I wanted to hurt him. Once I could no longer barrier him into a closet it looked like he was go to KO CannonBall and Professor X. And then the Judge called time. Stealth Suit Iron Man is a pretty mean piece. If we played it out I would have KOed him, but I would have lost a few figures first.

What team would I play if I could go back and do it all over again?

A non Team-Base based team. Those things are still under-costed and just not that much fun to play. I’m a peanut base (or less) no resource kind of player. This anything goes format is interesting every once in a while, but for the most part anything you can pull out of a standard booster is useless in this format. That just doesn’t sit well with me.