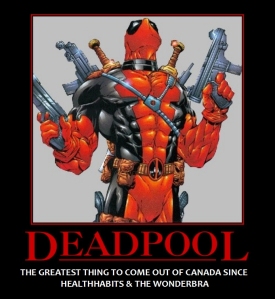 Plus I hate missing.

The Chases are cool to have, but not so uber that my team of scrubs has no chance. Which is how they should be. There are some characters that are sub-par (DP002 Headpool), but for the most part it’s a very good set for sealed. Not too many unusable characters like I thought were in the Incredible Iron Man set. Even the weird ones that I’ve never heard of (DP024 Number One, DP025 Flag-Smasher, DP040 Doctor Bong) seem playable for their costs.

A Note on the Current Meta:

The current meta seems to be:

2. Play Splitlip, and the BOS.

3. Play Phantom Girl and the belt.

My 5 Honorable Mentions for Best Figures in the Set:

*DP041 G.W. Bridge would have made the list here, but look for a different article featuring him soon.

5. DP059 Kingpin – I wouldn’t play this piece without a plan (like including DP021 Outlaw, FIB002 Skadi’s Warbot, SOG038 David Cain to make a good 300 point team). You need to use his white power a lot to make him worthwhile to field. A fun piece to build a team around, especially since he has the assassin keyword.

4. DP020 Weasel – The Weasel in the Deadpool set (who isn’t Pauley Shore – I double checked) is really just a walking relic. In fact, think of him as a hammer that walks next to your primary attacker instead of being equipped. The bonuses he gives are +1  to range, +1 to damage, and essentially +2 to attack! All for 27 points. He’ll mess up your theme team, but for what he brings to the table it’s worth it. Imagine playing two or three of him. Try using him to build (and then power) a doomsday weapon for AVM016 Red Skull. 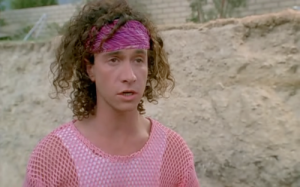 3. DP038 Copycat – Mess up your opponent’s theme team. Grab his SLOSH048 Tellus. Have your opponent’s DP019B Evil Deadpool fight right next to yours. The more powerful your opponent’s figures are the better you will get In exchange. Anything under 101 points is fair game.

2. DP048 Blink – To make the most of her powers, the rest of your team needs to share a keyword with her. If they do she will be your team taxi and then your teams close combat expert. She has a way of moving around the board that is unique to her in all of HeroClix. If she had indomitable, she would be in my top 10.

1. DP202 Daredevil – He’s not too flashy, but he is very well rounded with both improved targeting and movement. He is also the only piece for the entire Deadpool set to have made a top 4 team at an ROC tournament.

The top ten figures from the Deadpool set:

10. DP019A Deadpool – Every time I have faced this guy in combat he has done well. Especially when equipped with this his DPW003 “4th Wall? What 4th Wall?” word bubble. He has great up front stats and a long dial. His RIDICULOUS REGENERATION looks confusing, but it’s really just improved super senses (no damage on 4-6) that can’t be countered or bypassed with precision strike. I call that a great power. Compare him to similar IIM029A War Machine and you’ll see you get a lot more for that extra 10 points. 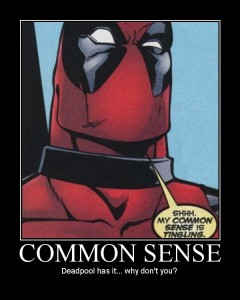 Electro: For when you ABSOLUTELY, POSITIVELY HAVE TO ZOMBIFY EVERY M*TH*RF*CK*R IN THE ROOM–ACCEPT NO SUBSTITUTES!

8. DP064 Electro – Electro is the best of the zombie chases because of his unparalleled ability to spread the zombie plague and earn food tokens for himself. Left unchecked your opponents forces will look they are in the Thriller video very quickly.

7. DP043 Black Talon – When SLOSH048 Tellus came out I said there was a way to break him and I just don’t know what it is yet. The same thing goes for this character. He’s very similar to the soon to be retired Mole Man, except he works with ANYONE. Want to get that wrecking crew team off the ground that’s never been powerful enough before? This is your answer. The same goes with just about anything else. Two actions in a one turn is really powerful when it can be used on anyone. For extra fun use him with DP019B Evil Deadpool whose low defense and high damage potential are perfect to be mind controlled.

Don’t forget he can also mind control your opponents characters at an 8 range. And with his trait even your opponents KOed characters are potential targets. I actually used his charge and BCF to KO an opposing character in sealed, but it felt like I wasn’t using this guy to his full potential that turn.

6. DP057 Tiamat – With Tiamat fronting your team I can see you winning 300 to nothing in short order. I can also see you whiffing the first couple of attacks and losing in short order. At his point level he is the whole team and if he doesn’t hit (and attack twice) then you could be in big trouble. On the other hand, his ability to mow down characters with soft defenses is nothing short of obscene. I played against him in sealed and lost 300 to nothing. You experiences may vary.

5. DP031 Elektra – HCrealm’s ‘Snake Eyes Again’ jokingly gave her the following trait, “Fanboy frenzy: Elektra can use every standard power in the PAC.” He wasn’t far off. On her 4th click she can use Charge, Flurry, Stealth, Blades/Claws/Fangs, Incapacitate, Precision Strike, Close Combat Expert, Exploit Weakness and Ranged Combat Expert. Add to that her improved movement and the fact that the first time she is KOed you can resurrect her and you’ve got a winner. She and four DP006 Hand Ninja are 287 points. That sounds like a lot of fun to me.

4. DP019B Evil Deadpool – You get a lot here for the cost and that’s the key. At 100 points he is likely your secondary attacker. If he gets a chance to regenerate even once then he’s worth far more that that. If you want to make this guy really work for you, you need to control the damage he takes to get him to his regen clicks and not past them. Mastermind looks like a good way to do that. Once Evil Deadpool takes enough damage stop sending it his way for a turn. It seems like IIM042 Iron Doom would make a good partner for this guy.

3. DP055 Deadpool – I took a while comparing this guy to DP049 Deadpool and Bob and in the end decided he brought more to the table. AVX014 Magneto showed me how fun running shot is with Pulse Wave. This guy has a better attack, decent defens and built in prob with his DPW003 “4th Wall? What 4th Wall?” word bubble for those times your opponents actually hit an 18-19 D. Magneto’s starting defenses are better, but “Thorpool” is much more dangerous mid to late dial.

2. DP047A Shang-Chi – With Improved movement, an awesome trait, and more offense this guy is just plain better than SOG039 Lady Shiva. He needs other close combat attackers around to get the best use out of his empower (like AVX102 Lei-Kung the Thunderer), but his stats and power level are unmatched in his price range.

1. DP051 Banshee – If he was 50 points more he would still be darn good. Banshee’s stats are great for his price range and his trait is very good, but the real reason to play him is his improved targeting: ignore elevated. That power is super rare and it’s never been on a figure even half this good. Imagine blasting someone from the other side of Wundagore Mountain while ignoring the mountain completely. That targeting advantage is what makes this character the best in the set.

(EDITOR’S NOTE: And for a slightly different take on the Deadpool set, be sure to check out HypeFox’s Second Opinion article!)