[EDITOR’S NOTE: Once again (and this time, with feeling!), we are shamelessly unleashing the 12 Nights of Clix-Mas! Tonight is Night 3! If you missed The First Night of Clix-Mas, you can read what it’s all about right here! Night 2 was the nascent edition of a new holiday scenario we’ve been cooking up and can be found… here-ish!]

Welcome back to Critical Missives’ 12 Nights of Clix-Mas!

Back in 2006, Heroclix had been humming along for quite successfully for more than four years. In November of that year, Wizkids released their 24th offering, Supernova, which added a new rarity (sort-of).

Until Supernova, Heroclix didn’t have “Chase” figures. They would generally publish Rookie, Experienced and Veteran versions of the same character in the same set. Then there would be much rarer single versions of figures called “Uniques” which always ended up being the most valuable and hardest to pull pieces.

Well, when Supernova hit, Wizkids had added four special figures that were classified as “Ultra-rare” and were only pulled at a rate of about 1 in a 100 boxes. These figures were based on the hugely successful “Marvel Zombies” limited series and came packed in small poly-bags with another new addition the game had never seen before–a card!

Yup! These were the gateway pieces that introduced the world to Horrorclix, a sort-of Heroclix spin-off. It had it’s own rules, but it was basically Heroclix if Heroclix pulled it’s figures from horror movies and novels (and the twisted imaginations of Wizkids employees themselves).

As you can see from Zombie Spidey’s card above, it didn’t take much to convert a Heroclix piece into a Horrorclix piece… or vice versa. Indeed, we probably wouldn’t have cards and keywords had Horrorclix not innovated those ideas.

The four Marvel Zombie Chase pieces (Spider-Man, Wolverine, Colonel America and Hulk) were the only Marvel or DC Horrorclix they ever made, although Wizkids would continue to explore the Marvel Zombie universe in Heroclix almost exactly a year later with representations of Zombie Iron Man, another Zombie Spidey, Zombie Giant-Man eating Black Panther and Zombie Wolverine in Galactus’s costume  (since he had chowed down on the Eater of Worlds).

Instead, Wizkids focused on licenses that had deeper ties to the realm horror, including Aliens, Predator, Hellboy and the B.P.R.D. as well as both Freddy Krueger and Jason from Friday the 13th.

And just as they had started making Colossal Heroclix like Galactus, Wizkids also started giving the same treatment to such genre staples as The Great Cthulhu (still so rare that he regularly sells for between $125-$225 on eBay) and the Alien Queen (with detachable Egg Sac! Yum!!).

And then, at the height of all things Clix, came the news in 2008 that Topps had bought the Clix license and was shutting EVERYTHING down. While Heroclix would be resurrected within the next year, sadly, Horroclix was no more.

Two years ago, Wizkids revisited the Marvel Zombies universe and created 16 different Chase pieces over the course of two Heroclix sets (Deadpool and Guardians of the Galaxy), but Horrorclix itself remained dead… 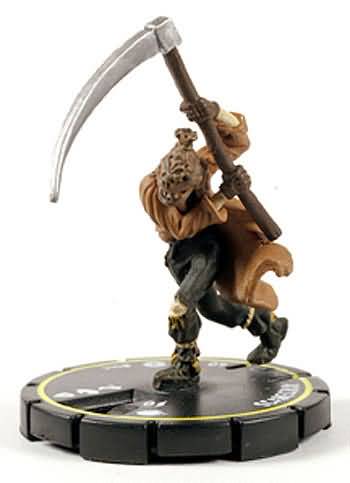 Which leads us to the announcement just this very month! Wizkids has decided to a new Gravity Feed Set filled with 19 brand new horror characters, from generic Werewolves, Zombies and ghosts to specific public domain characters like Dr. Jekyll. In all, there will be 9 new Commons, 8 Rares and 2 Chases.

But… these will be Heroclix pieces that use Heroclix dials!

That’s right! Horrorclix is still dead, but its influence–and now, some of its characters–will live on in Heroclix!

At this point, any non-Marvel, non-DC set Wizkids puts out is certainly a risk (although the Turtles releases seem to be selling just fine), but I actually think this set will be a refreshing change of pace (assuming it’s Modern Age legal, of course!). And it just might bring back some fond memories for those of us who remember what it was like to pit Batman against Jason or have the Avengers and JLA team up against the Great Cthulhu!

Okay! What do you guys think? Do you remember Horrorclix? Are you excited for the new set? Let us know in the Comments section. And join us right back here tomorrow for more Clix-Mas!!