Welcome to Night 4 of The Twelve Nights of Clix-Mas!!

Today we’re diving right in to a Top Ten Set Review of Star Trek: Away Team!

So, without further ado, here are…

THE TOP TEN FIGURES IN STAR TREK: AWAY TEAM!!

10. STAT009 Nurse Chapel — 15 Points — Common: Does what it says on the box. She has sneaky good mobility (notably from having Sidestep on each click) and a special Support that heals Starfleet personnel a click more than everyone else. Willpower means that she can attempt a heal two out of every three turns–which she may need to given that her Attack tops out at 9. Still, this is a pretty useful package for just 15 Points.

9. STAT022 Yeoman Rand — 25 Points — Common: Very similar to Nurse Chapel, except her Special Power (Can I Help You Captain?: POWER: Remove an action token from an adjacent friendly character of 50 points or less. If that character has the Starfleet keyword, it may be a character of 100 points or less instead.) allows her to take away action tokens.

This can be very useful if you’re building around it. Her top dial Willpower means its a trick you can keep running, too.

8. STAT026 Captain Kirk — 100 Points — Rare: One of the three (THREE?!?) Title Characters in this set, Captain Kirk has a long dial (8 clicks), Running Shot/Pen/Psy, Indomitable, Super Senses and Leadership… and that’s before you even get to his Title Character abilities.

His master ability actually lets him “Beam In” Starfleet characters from outside of the game! It takes awhile to build up, but it’s not impossible to beam in extra 40 or 50 point piece in a regular game. Pretty impressive. 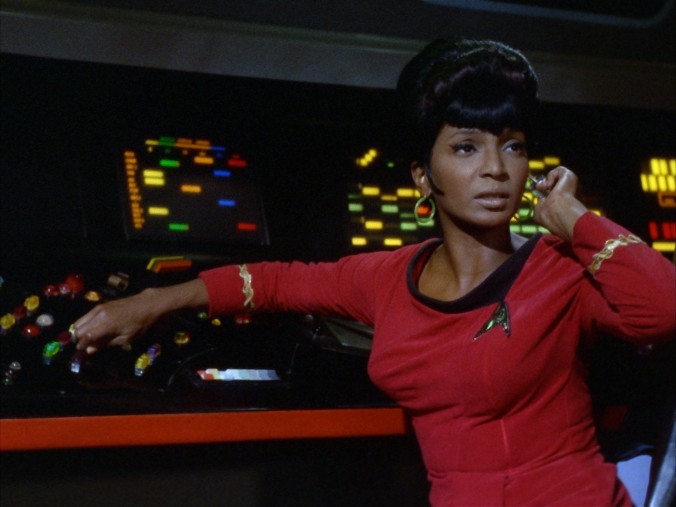 First, her Trait (Communications Officer: At the beginning of the game, you may choose a copyable team ability that an opposing character can use. As long as Lt Uhura is on the map, adjacent friendly characters and friendly characters with the Starfleet keyword can use that Team Ability.) is reeeeeallly good on a Starfleet Themed Team.

(Incidentally, more than a few of the pieces in Star Trek: Away Team seem like they’ll get even better as more faction options become available upon the release of future sets.)

Second, her Perplex Special (Monitoring All Channels, Captain: Perplex. When Lt Uhura uses it, she has a range value of 10 and can use

Targeting: Ignores Hindering, Elevated, Blocking.) is, for my money, one of the best in the game. It’s even better than KC Green Lantern’s when you consider the fact that she can actually move via Sidestep or normal movement, whereas Green Lantern is stuck in one place the whole game.

She has two things that make her stand out.

First, her awesomely-named Trait (Assassination Of Superiors Is A Common Means Of Advancing In Rank: FREE: Choose an adjacent opposing character of 100 points or less. That character can’t use defense powers until the beginning of your next turn.) makes her the new Winter Soldier Agent 13.

Second, her second and third clicks are absolutely LETHAL when combined with her Trait. She has both Flurry and B/C/F on both clicks, which she can use to absolutely end figures that cost three times as much as her.

Finally, her Mirror Universe Team Ability is basically Mystics, so she’ll even do penetrating damage on her way out. 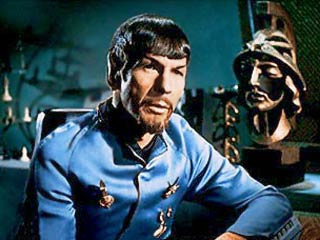 5. STAT036 Mr. Spock — 100 Points — Rare: While his dial is not bad, the main reason Mirror Mirror Spock is this far up the list is his awesome Barrier Special (Agony Booth: Barrier. When Mr. Spock uses it, after resolutions if an opposing character is adjacent to 4 of his Barrier markers, roll a d6 and deal that character penetrating damage equal to half the result.).

So, wait, for 100 Points I can completely shut down my opponents best character by surrounding that piece with four Barrier tokens AND squeeze in up to 3 penetrating damage at the same time?! Sign me up!!

4. STAT048 Khan — 100 Points — Chase: Some of the guys I play with were slightly disappointed with his dial, but I like it. Primarily because of his sweet Damage Special (Although Your Abilities Intrigue Me, You Are Quite Honestly Inferior.: FREE: Choose a standard damage power that an opposing character within range can use. Khan can use that power until your next turn. If you choose Outwit, Perplex or Probability Control, also modify his combat values +1 until your next turn. Khan has PROTECTED:Outwit.).

He’s slightly dependent on the pieces that your opponent is playing, but he can punch above his weight in the right matchups.

3. STAT043 Gorn — 100 Points — Super Rare: A relentless close combat monster, Gorn is ten clicks long for just 100 Points. He only has one Special (it’s on Defense) that doesn’t show up until halfway through his dial (Bare-Handed Against The Gorn, I Have No Chance.: Toughness. At the beginning of your turn, heal Gorn 1 click. Protected: Outwit.).

But his dial becomes reeeaaaallly interesting when you equip him with Proteus. If ever there was a piece that didn’t care about that possible one damage a turn from Proteus, it’s Gorn. And with +1 to all stats, Gorn becomes even that much harder to deal with.

But what really makes him dangerous is his Trait (Don’t Laugh At Me!: When Charlie X is the only target of an attack that misses, after resolutions deal the attacker damage equal to its printed damage value.).

So you can let Charlie flit about the board controlling rolls, or you can try and take him out–and risk taking massive damage! 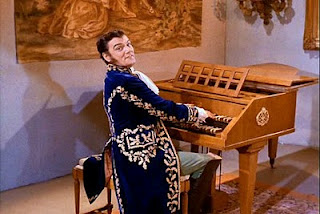 He only deals two damage (with a 10 Attack top dial), but he also has Super Senses and a STOP click to keep him annoying your opponent for most of the game.

And there you have it. Agree? Disagree? Sound off in the comments below. And be sure to head back here tomorrow for more Clix-Mas!!

2 thoughts on “The Ghost of Christmas Present Is Going on a Star Trek!! (Or, The Top Ten Figures in Star Trek: Away Team!!)(Or OR The Fourth Night of Clix-Mas!!!)”